and are situated on the northern part of Bau, which is a small town occupied by the Bidayuh tribe and the Chinese community. Bau is a town, 22 km from Kuching and is a popular mining area and served as the headquarters for Chinese rebels on 1858. But prior to reaching one of the most popular sites for picnics and day tours, you will pass through enthralling villages, farms, plantation of cocoa, pepper gardens, lush rainforest and rubber estates.

The Fairy and Wind caves were shaped over millions of years and includes predominantly of the remnants of primitive coral reefs which developed during that time. These coral reefs flourished on top of each other and upon expiring, it remained in tiers and layers causing it to ascend to extremely bulky floor of lime stones, usually several thousands of meters in depth. These caves are worth exploring as a lot of fairy tales is said to be connected to these magnificent caves. The opening of the cave is approximately 36 meters above the foot of the cliff and you have to prepare for the 100 flight of stairs heading up. Both Fairy and Wind limestone caves are partially enclosed in the middle of a tropical rainforest next to the picturesque limestone mounds. A few rock formations are similar to shapes of animals and important figures and turned into a spot that stirred religious curiosity for the locals. More over, one of the highlights of the cave is the crystal clear cold water stream that pours out of it.

The is within the Batu Kapor site. Locally known as Gua Kapor, fairy cave is considered majestic and magical because it holds unique stalagmites and stalactites developed over millions of years and symbolized the Buddhist’s divine being which is believed to resemble Kuan Yin, who is the Goddess of Mercy for the Chinese.  Offerings and incense sticks can be observed on the built altars and shrines in the caves. And because it holds massive rock formations that resemble humans and animals, the Chinese people have built altars and shrines to their Taoist/Buddhist gods within the cave.

The is named so, because you will feel the heavy breeze inside the cave.  This cave was discovered by early spelunkers in 1865. Proof of ancient occupancy was also discovered in windy cave depicted by shells and clay jugs or basins. In 1930’s, there was a gold rush and the miners worked to dig a hollow inside the cave. The opening of the cave is reached through a short path. When you finally reach the end of the cave, you will notice a running river and it is called Sungai Sarawak Kanan. Visitors can also enjoy and discover the stalagmites and stalactites in this cave while also viewing thousands of bats and swiftlets which is inhabits the cave.

This is definitely one of the must-see spots when you reach Kuching. The place doesn’t only look enticing but the tales and the history behind these caves are worth exploring in . 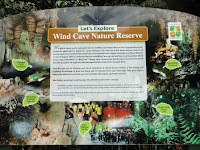 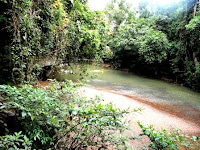